‘Is God interested in our work? Many people do not see God as a 24/7 God, but as a withdrawn actor confined to a Sunday show with a declining audience. There is a widespread view that God and work simply don’t mix: the competitive, cut-throat demands of the working world are seen as the obvious enemy of Christian compassion and love. But the God who created and sustains the world is also the God of the workplace. If the Christian faith is not relevant in the workplace, it is not relevant at all.’

These are the words of one of my closest friends, Ken Costa, in his book God at Work (see alsowww.godatwork.org.uk). For forty years, Ken has been living out his faith on the frontline of Christian ministry – in the ‘secular’ workplace in the City of London. And he sees that as his primary calling as a Christian.

Whatever kind of work you are called to, it will probably occupy a large proportion of your life. Work is an important part of God’s ‘economy’. It is part of what you were created to do, and will be part of what you do in heaven. Work has an intrinsic value.

1. Your work has lasting value

Psalm 90:11-17Recently, Bill Hybels challenged our congregation with these words: ‘What are you doing now that will outlive you?’

The ultimate value of your work is a reflection of the fact that God too is a worker. The psalmist says, ‘Let Your work [the signs of Your power] be revealed to Your servants, and Your [glorious] majesty to their children’ (v.16, AMP).

In Working Without Wilting, Jago Wynne writes, ‘We tend to think that things like our work, which happen when we are on earth, are nothing more than temporary and transient.

‘The Bible paints a different picture. When Jesus returns, God is not going to obliterate this earth, but he will renew it, redeem it and liberate it from its bondage to decay… Human work will be purified and redeemed, so that it is free from sin just as we will be free from sin. But work will certainly be a part of the new creation.’ This is why it is right to ask God to ‘establish the work of our hands’ (v.17b).

Lord, may your favour rest upon me. Establish the work of my hands for me. May my work outlive me and have a lasting impact for good.

2. Give yourself fully to God’s work

Romans 16:1-27Being a Christian involves being set to work, especially in the work of the gospel. Paul’s letter to the Romans ends with greetings to a list of people. In it, he places great emphasis on the value of their work.

Elsewhere Paul writes, ‘We were not idle when we were with you, nor did we eat anyone’s food without paying for it. On the contrary, we worked night and day, labouring and toiling so that we would not be a burden to any of you. We did this, not because we do not have the right to such help, but in order to make ourselves a model for you to follow’ (2 Thessalonians 3:7–9).

It is interesting to note in passing that although Paul was probably the most effective servant of Christ who ever lived, he was not in ‘full-time’ ministry. He was a tent maker earning his own keep.

Similarly, not everyone listed in Romans 16 was involved in ‘full-time Christian ministry’. Erastus had a secular job – he was ‘the city’s director of public works’ (v.23). He no doubt regarded his work as his primary calling and ministry. In that sense all of us are involved in full-time ministry – whether we are called to work full-time in a church, or in the secular world.

It is also interesting to note how many women worked in the church. Phoebe (v.1) is described as diakonos (a servant) – the Greek word meaning deacon, or minister (‘a key representative of the church’, MSG). She is described as having been ‘a great help to many people’ including Paul himself (v.2). The Greek word for ‘a great help’ is the word used for a political sponsor, protector and patron. It suggests she possessed some social position, wealth and independence. She clearly had a very prominent role in the church.

Priscilla and Aquila (see also Acts 18) had a joint ministry. Priscilla is named first (v.3). This is probably due either to her having been converted first (and having led Aquila to Christ) or to her having played a more prominent role in the life and work of the church.

Ten of the people named in the list are women. They include Junia – one of the ‘outstanding leaders’ (v.7, MSG). Junia is almost certainly a female name. She is described as one of those who was ‘outstanding among the apostles’ (v.7). Since she was clearly not one of the twelve apostles, ‘apostles’ here has a wider sense, denoting someone sent out as a missionary. Paul includes a woman as being outstanding among these missionary leaders. It is clear from all of this that women occupied prominent places on Paul’s team.

Paul ends on a note of thanks and worship: ‘All our praise is focused through Jesus on this incomparably wise God! Yes!’ (vv.25–27, MSG).

Lord, help all of us, whatever our calling, to be those who work hard in the Lord. Help us to proclaim ‘Jesus Christ… so that all nations might believe and obey him – to the only wise God be glory forever through Jesus Christ! Amen’ (v.27).

3. Imitate God in work and rest

1 Chronicles 15:1-16:36Work is one of the ways in which you imitate God. You are made in the image of God. Therefore, just as God works, you also are created to work. As God laboured in creation, so we are to do the same. The command to work was there before the Fall (see Genesis 2:15). As Ken Costa often says, ‘Work was in the original God-breathed prospectus.’

David set to work. He ‘constructed buildings for himself’ (1 Chronicles 15:1). He called together the leaders and set them to work (v.12).

There is no divide between the sacred and the secular. Worship was at the heart of all that they were to do. David gave instructions about ‘the work of worship’ (v.2, MSG). They were appointed ‘to minister before the ark of the Lord, to make petition, to give thanks, and to praise the Lord, the God of Israel’ (16:4). King David joined in the worship ‘dancing and celebrating’ (15:29).

At set times during the day (16:7), they took what Joyce Meyer describes as a ‘praise pause’ – ‘I do not think anything blesses God more than when we stop right in the middle of what we are doing and lift our hands to worship him… Think about a businessman, for example, maybe the president of a large company. Wouldn’t it be wonderful if several times a day, he closed the door to his office, turned the lock, knelt, and said, “God, I just want to take some time to worship you.”

The same is true for students, stay-at-home [parents], retired people, secretaries, flight attendees, brain surgeons, clerks, and salespeople – anyone you can think of. All of them would have many more fruitful, productive, and peaceful days if they took time to praise the Lord throughout the day. We all would benefit greatly from taking a “praise pause.”’

David praises and thanks the Lord for what ‘he has done’ (v.8), ‘his wonderful acts’ (v.9), ‘the wonders he has done’ (v.12). He recounts the great work of the Lord and calls the people to ‘worship the Lord in the splendour of his holiness’ (v.29).

God is a worker. We see this right from the start of the Bible. He was at work in creation, ‘by the seventh day God had finished the work he had being doing; so on the seventh day he rested’ (Genesis 2:2). He not only creates the world, he sustains and redeems it. Work is one of the ways in which you imitate God.

Lord, thank you for work. Thank you that even ‘hard work’ is such a blessing. May my work in itself be an act of worship, as I present my body as a ‘living sacrifice… [my] spiritual act of worship’ (Romans 12:1–2).

‘As the ark of the covenant of the Lord was entering the City of David, Michal daughter of Saul watched from a window. And when she saw King David dancing and celebrating, she despised him in her heart.’

I love worship, but it is easy to have likes and dislikes. Sometimes I can think ‘how can that be worship?’ But God looks at the heart. And I don’t want to become like Michal! 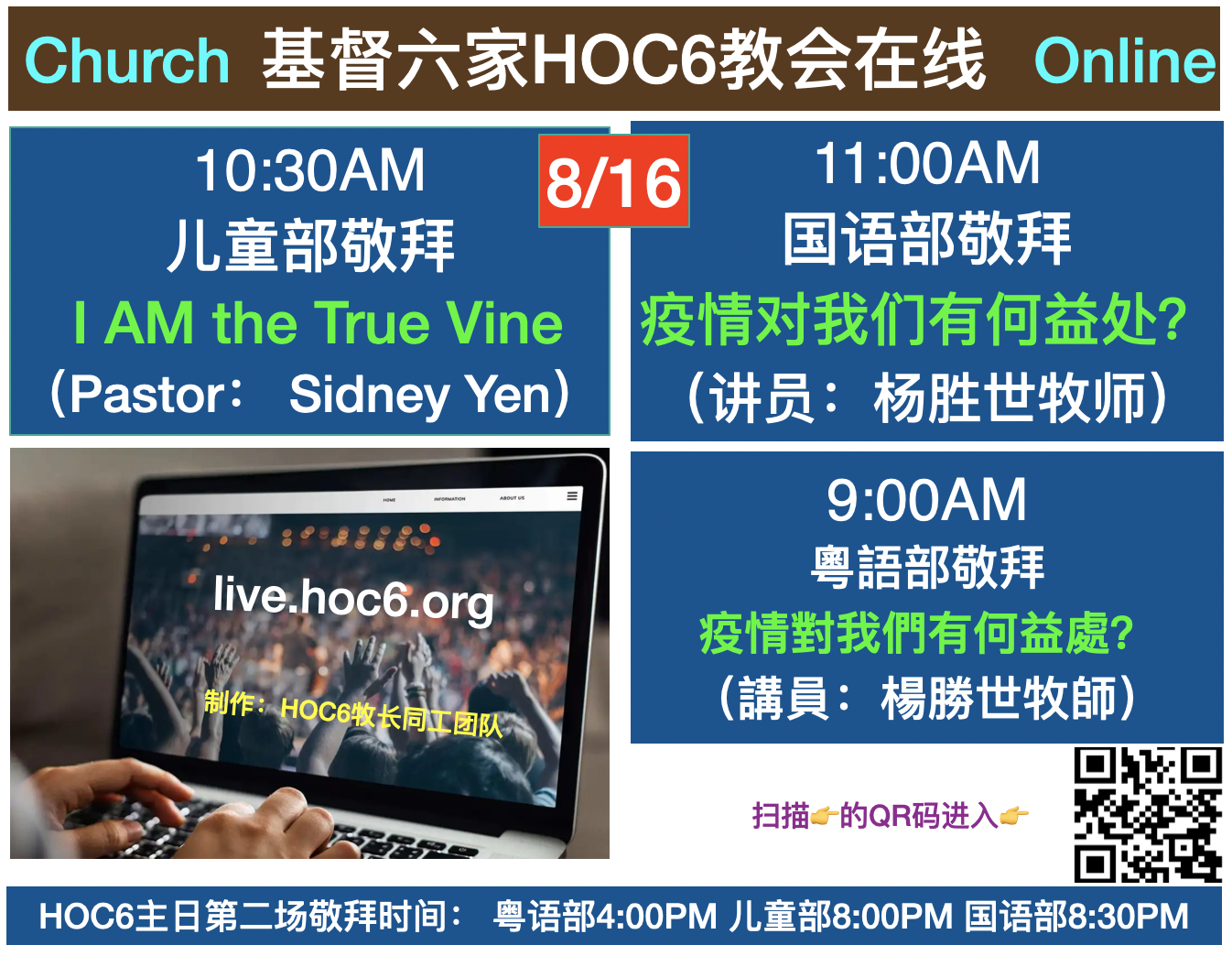