Boys and girls, starting from this Sunday commander would like to talk a new series about God’s attributes – we will learn more about what our God is. If I give you a letter A – can you think about any attributes of God?  Timothy said “Almighty, Awesome!” How about B? yeah, Beautiful, our God is beautiful. How about C? Compassionate – God is compassionate. Well, our God has many attributes, He is indescribable. and is beyond all our understanding! However, Commander can only talk some of important God’s attributes because of time. And today first of all, commander want you to think about a question: How powerful is our God? Waah, Jed said our God is almighty! Yes, almighty means all-powerful, Our God has amazing power beyond what we can imagine.  We call our almighty God in Hebrew El Shaddai.

Because God is almighty, He created the heavens and the earth. Remember when the ancient Israelites got out of Egypt, how did Israelites went across the Red Sea? God ordered Moses to stretch out his hand with his staff pointing to the Red Sea? Then, what happened? The red sea was separated and the Israelites walked through the sea over the dry land in between. And the Egyptian soldiers came down to the sea, Moses pointed to the Red sea again, then what happened? Waah, the sea merged again, and all the Egyptian soldiers drowned under the sea. Our God is such the almighty God that all the natures obey Him.

Today commander would like to tell a story about a man called Gideon, God used him to rescue the Israelites. This story was written in the Bible Judges 7.  When Israelites disobeyed God and worshiped other gods, God forsook them and let their enemies Midianites control them.  Israelites then cried out to God. God heard their crying then He still showed His mercy to them and then appointed a man called Gideon to rescue the Israelites from the control of Midianites. However, Gideon is really very timid, and had no courage at all. But God proved Himself He is the almighty God, Gideon was convinced and was willing to obey God to fight against the enemy Midianites. Let’s read Judges 7:15-25 together:

Judges 7:15-25  “15  When Gideon heard the dream and its interpretation, he bowed down and worshiped. He returned to the camp of Israel and called out, “Get up! The Lord has given the Midianite camp into your hands.” 16 Dividing the three hundred men into three companies, he placed trumpets and empty jars in the hands of all of them, with torches inside. 17 “Watch me,” he told them. “Follow my lead. When I get to the edge of the camp, do exactly as I do. 18 When I and all who are with me blow our trumpets, then from all around the camp blow yours and shout, ‘For the Lord and for Gideon.’”

19 Gideon and the hundred men with him reached the edge of the camp at the beginning of the middle watch, just after they had changed the guard. They blew their trumpets and broke the jars that were in their hands. 20 The three companies blew the trumpets and smashed the jars. Grasping the torches in their left hands and holding in their right hands the trumpets they were to blow, they shouted, “A sword for the Lord and for Gideon!” 21 While each man held his position around the camp, all the Midianites ran, crying out as they fled. 22 When the three hundred trumpets sounded, the Lord caused the men throughout the camp to turn on each other with their swords. The army fled to Beth Shittah toward Zererah as far as the border of Abel Meholah near Tabbath. 23 Israelites from Naphtali, Asher and all Manasseh were called out, and they pursued the Midianites. 24 Gideon sent messengers throughout the hill country of Ephraim, saying, “Come down against the Midianites and seize the waters of the Jordan ahead of them as far as Beth Barah.” So all the men of Ephraim were called out and they seized the waters of the Jordan as far as Beth Barah. 25 They also captured two of the Midianite leaders, Oreb and Zeeb. They killed Oreb at the rock of Oreb, and Zeeb at the winepress of Zeeb. They pursued the Midianites and brought the heads of Oreb and Zeeb to Gideon, who was by the Jordan.”

Waah, how powerful Gideon was, he led only 300 soldiers defeating thousands and thousands of enemies! No, not because Gideon was powerful, it was because our almighty God was powerful who was behind him to fight the battle and was in control of the battle field for Gideon. And you know, He is not just almighty, He is merciful and gracious, too. When Israelites cried out to Him even they used to disobey Him but when they repented God still showed mercy to them and rescued them from their enemies’ hands with His own power. He can use a very timid man Gideon to achieve a great work.

So, what we can learn from today’s lesson about “God is almighty?”

Before closing commander have a verse for you to memorize.  This is in Isaiah 14:27, “The Lord who rules over all has planned it.   Who can stop him? He has reached out his powerful hand.   Who can keep him from using it?”

Yes, our God is the only almighty God, and we can fully rely on Him and trust in Him! 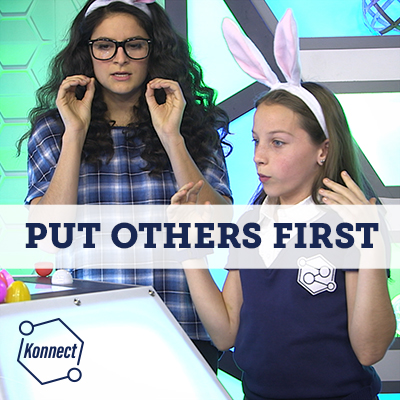