How to Deal with Desperate Times

‘I don’t suppose there are many places where Alpha happens to the sound of gunfire and rockets flying, but for us the message is simple: it is about hope, light and a future because it is about Jesus.’

This is what Canon Andrew White, Vicar of St George’s, Baghdad, wrote to me in a letter describing their Alpha course in Baghdad. They were in a desperate situation. The church had been bombed more than once. Many people in their congregation had been killed. Some of the leaders had been kidnapped. For some, profession of faith in Jesus means almost certain death. Yet in these desperate times, Andrew White is able to say that Jesus brings hope, light and a future.

The psalmist speaks of ‘desperate times’ (Psalm 60:3). There are times in life when everything seems to go wrong. This can be true for a society and it can also be true for us as individuals. Maybe even now you are facing a desperate situation – perhaps with your health, a bereavement, the breakdown of a relationship, work problems, family difficulties, financial trouble or a combination of these. In each of the passages for today, we see how the people of God respond in desperate times.

Sometimes it appears God’s people are being defeated. While there is a great revival in many parts of the world, such as Asia, in Western Europe, for example, church attendance has been in decline. Churches get closed. Christian morals are no longer seen as important.

There are desperate moments in the history of the people of God. This psalm is a national lament after a conquest by their enemies. The people of God felt rejected. David says, ‘You have shown your people desperate times’ (v.3a).

He uses the image of an earthquake to describe the desperation and uncertainty they faced (v.2). The same image is used today to describe turmoil in all spheres of life, not just in the literal shaking of an earthquake. The instability of the economy, corporate institutions, marriage and community are all often portrayed as shaking and fractured.

Yet in the midst of all this, there is hope – now as in the time of David. He writes, ‘But for those who fear you, you have raised a banner to be unfurled against the bow’ (v.4). The Lord has designated a place where his people may find refuge under his protection. This poetic language describes the confidence that we can have in the Lord, even in desperate times.

Thank you, Lord, that even in desperate times, I can take refuge under your protection.

2. Love rather than condemnation

Is sex outside marriage acceptable? Or is it sinful? If it is, what should our attitude be to those who are guilty of sexual sin?

The debate about sexual ethics continues to fill our newspapers and other media today. The words of Jesus are as relevant today as they were 2,000 years ago.

The words of Jesus were the greatest words ever spoken, the kind of words you would expect God to speak. The temple guards declared, ‘No one ever spoke the way this man does’ (7:46). (It is so sad that some religious leaders failed to recognise him and regarded those who did believe in him as ‘this mob’, (v.49).)

Although the account of the woman caught in adultery is not included in the earliest and most reliable manuscripts of John’s Gospel, it may well be an authentic incident in the life of Jesus. Certainly, it fits with everything that we know about Jesus: his wisdom and grace, his mercy and compassion.

This woman must have felt absolutely desperate. Despair can come from defeat. It can also come from moral failure. She must have been experiencing both. She had been caught in the act of adultery and was about to be stoned to death.

The condemners tried to trap Jesus with a question. Jesus gives one of the most brilliant, memorable and often quoted replies in the history of the world: ‘Let any one of you who is without sin be the first to throw a stone at her’ (8:7).

Jesus did not condone her adultery, nor did he regard it as the unforgivable sin. He demonstrated how easy it is to condemn others while being guilty of the same sins in our own hearts (vv.7–9). This can be applied to many areas of our lives. Before we criticise others it is worth asking ourselves whether we are ‘without sin’ in that area that we are about to criticise in another.

As is often said, ‘People who live in glass houses shouldn’t throw stones.’ In the context of the debate about sexual ethics, as we look at our own hearts there is often a lot of glass around.

In the account of the woman caught in adultery, each of the condemners is convicted by Jesus’ words until eventually ‘only Jesus was left’ (vv.7–9). Jesus asks her, ‘Has no one condemned you?’ (v.10). When she replies, ‘No one, sir’, he says, ‘Then neither do I condemn you … Go now and leave your life of sin’ (v.11).

Guilt is a horrible emotion. Condemnation is a terrible state to be in. How amazing it must have been to hear the words of Jesus: ‘Then neither do I condemn you’ (v.11). Since he was without sin, Jesus was the one person there in a position to ‘throw stones’, but he did not.

There is an extraordinary balance and almost unique combination in the words of Jesus. Jesus could not be clearer that adultery is sin. Yet he does not condemn her in any way. This is the message of the New Testament. There is no condemnation for those who are in Christ Jesus (Romans 8:1). As a result of Jesus’ death for us on the cross, we are totally forgiven, however far we may have fallen.

Jesus’ words, as always, are motivated by love and compassion. We are called to follow his example.

It is easy to fall into one of two opposite extremes. Either we condemn people or we condone sin. Love does not condemn nor does it condone sin, because sin leads to people getting hurt. If we love, like Jesus, we will neither condone sin nor condemn people.

Lord, thank you that there is no condemnation for those who are in Christ Jesus. Thank you that you died to make it possible for me to be cleansed, forgiven and to go free. Help me to love people as you did. Fill me today with love and compassion.

3. Faith in the midst of chaos

These were desperate times for the people of God. There is a refrain that runs through the book of Judges: ‘In those days Israel had no king; everyone did as they saw fit’ (17:6). This was a time of chaos.

In these desperate times God raised up Judges like Samson. He led Israel for twenty years (16:31). He was one of the heroes of faith (Hebrews 11:32).

We saw yesterday how he was a man anointed by the Holy Spirit. God used him powerfully. However, he also had a weakness that led to immorality (he spent half the night with a prostitute, Judges 16:1–3) and deception (vv.4–10). Eventually, he pushed God to the limit through his persistent disobedience and ‘the Lord … left him’ (v.20).

Samson received extraordinary strength from God. But it was directly related to his obedience. God had told him not to cut his hair. So long as he obeyed God he would have supernatural strength.

However great a person of God may be, it is vital to remember that strength comes from God alone. Jesus said, ‘Without me you can do nothing’ (John 15:5, NKJV). Never rely on past victories but rather on God who gave them.

After persistent temptation, Samson gave in and told Delilah the secret of his strength – although it must have been obvious to him by then that she would take advantage of him. She cut his hair and his strength was gone.

Not only was the society chaotic, but also Samson reached a point of utter desperation in his own life. He was in captivity, he was blind and his captors were about to make a spectacle of him (Judges 16:21–25).

In the midst of his despair, Samson does not lose his faith in God. He prayed to the Lord: ‘O Sovereign Lord, remember me. O God, please strengthen me just once more’ (v.28). And God heard his prayer. It is amazing that even after all his failures, God still answered Samson’s cry. No matter what the situation, and no matter what we have done, it is never too late to turn back to God.

Lord, thank you that I can find refuge in your presence, and that you always hear my desperate cries for help.

Lord, I pray today for help with …

Samson was an extraordinary leader. He was like the Incredible Hulk with a bad taste in women.

He fell in love with Delilah. She was a heartless woman. She was willing to betray the man who loved her. Why did he tell her his secret after she had already betrayed him three times? He must have known she could not be trusted. He was so strong physically, but weak when it came to women. He is not the only great leader to fall because of women. 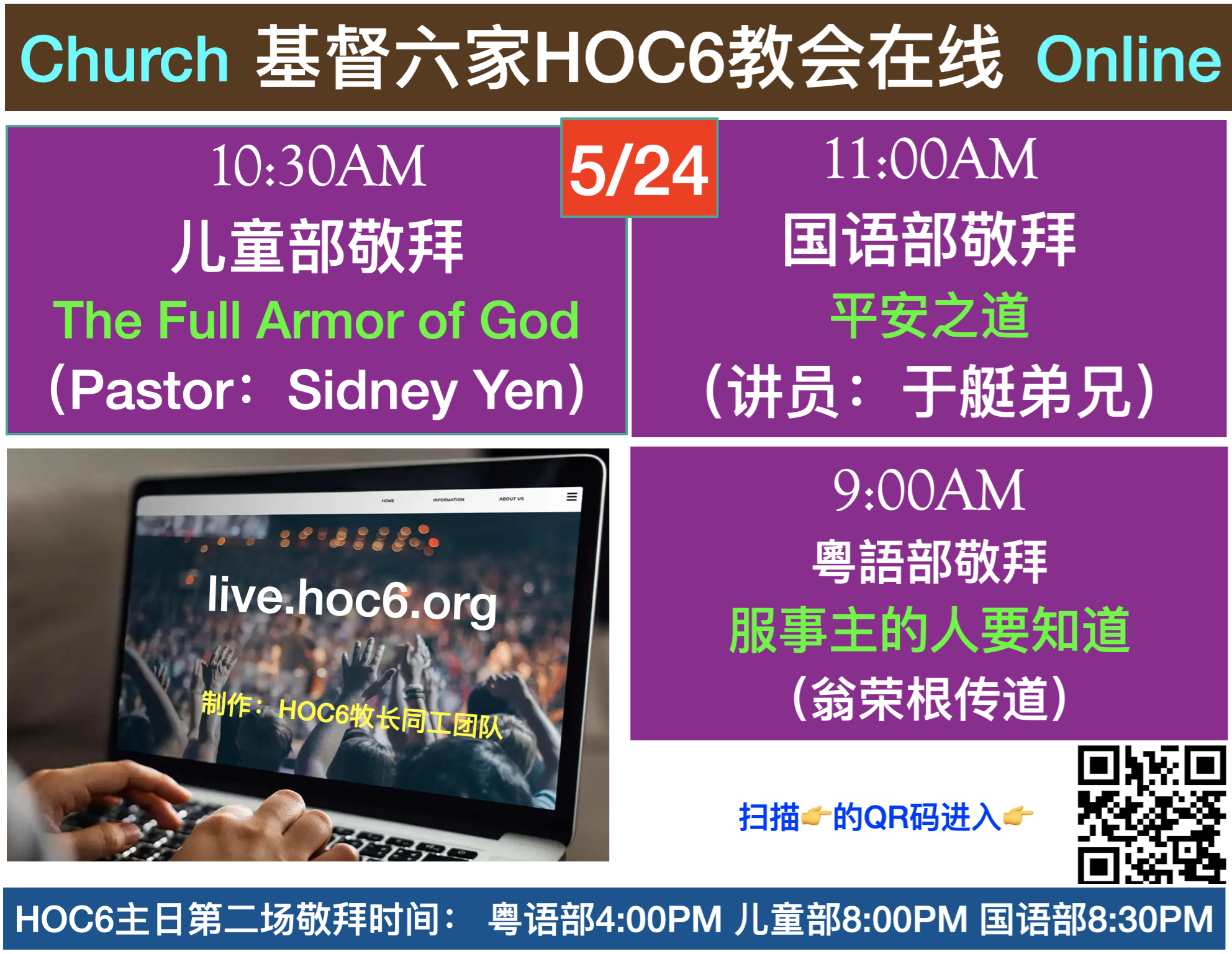